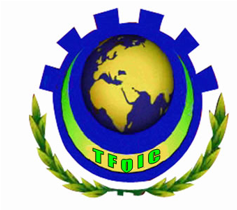 The Trade Fair of the OIC Member States, which has been held every two years since 1984 in Casablanca, is the biggest trade event of the Organization of the Islamic Cooperation. It allows exhibitors from the 57 member countries to exchange the ways and means to boost trade and investments.

This fair is organized in collaboration with the Ministry in charge of foreign trade alongside the local fair organizing body and the OIC Institutions and other partners in trade development.

In this context, the COMCEC adopted a recommendation in 2002 requesting the Islamic Centre for Development of Trade to organize a trade fair for the Member States of the Organization of Islamic Cooperation every two years in one of the Member States.

This multi-sectorial Fair constitutes a platform for the business community, Trade Promotion Organs, Investment Promotion Agencies, Chambers of Commerce, Industry, Agriculture and Handicrafts, professional associations, and economic operators of the Member States for the promotion of their products and services, conclusion of commercial transactions and establishment of partnership relations.

The present Fair offers an opportunity to the OIC Member States:

The previous editions of the Fair, which represented a space for exchanges and meetings, were a great success. The last three editions of the Fair were held in Iraq, Kuwait, and Saudi Arabia, and have witnessed wide participation of the public and private sectors of about 40 countries with more than 300 companies.

This 17th edition has particular importance, as it represents the 1st Edition after the COVID period. It will be placed under the high patronage of His Excellency Mr. Macky Sall President of the Republic of Senegal and will know the participation of no less than 10,000 professional visitors on an area of 20,000 m2 including 8,000 m2 dedicated to the exhibition.

• The Fair is open to the participation of the 57 Member States of the Organization of Islamic Cooperation (OIC) and to the economic operators of these countries.

• The countries with observer status in the OIC (Bosnia-Herzegovina, Central African Republic, Kingdom of Thailand, Russian Federation, Turkish Northern Cyprus, as well as Muslim economic operators from non-Member States, may also participate in the Fair. By mutual agreement, the organizers may extend invitations to participants from non-OIC member countries as guests.

The products and services covered by the Fair or Exhibition, originating from the OIC Member States, as defined by the national regulations in force in the host country and in conformity with the ethics and values of Islam, shall be admitted to the Fair.

Promotional Campaign of the Fair

The organizers are conducting a promotional campaign through :

• A vast information and awareness campaign through the written and audiovisual press in the host country as well as at the level of the Member States (press conference, TV and radio and electronic spots, Internet site, articles).

• Both parties agree to work together to prepare the tools and materials for the promotion of the Fair: brochures/leaflets, participation forms, and links on both websites.

The ICDT will distribute a questionnaire to all participants during the event to evaluate its performance and to elaborate on ways of improvement for future editions.

Types of Activities Organized on the Sidelines of the Fair:

• Meeting of the Trade Promotion Organs of the OIC Member States.

• Meeting of Private Sector organized by the Islamic Chamber of Commerce, Industry and Agriculture (ICCIA).

• Distribution of trophies to the most deserving pavilions according to the following criteria: exhibition area, quality of products and services to be exposed, number of exhibiting companies, the importance of the commercial delegation, regularity in the participation in the Fair.

• Awareness on the services offered by ICDT and other OIC institutions.